You’re in for a real treat. This ably crafted, well-written espionage thriller of the darkest of black ops will remain an enigma right up to the end; beyond, in fact, because this is just book one of the story. It will take four books in all to solve the puzzle. Is the good guy really a bad guy and is the bad guy really a good guy? You’ll keep guessing as you enjoy the hard-nosed action and earthy DeNiro-Pacino dialog, and just when you think you’ve found the answer, someone will take him or her out and you’re back at square one. How else could it be when ex-CIA assassins freelance, or do they? You may think I’m playing the spoiler here; guess again, because I’m just guessing.

The book is that good. It belongs right up there with the big boys, and that’s where this author is going to be, with this one.

It’s got color and it’s got spark! Loved it! The dynamic, the movement, the dialogue. It runs like a movie, one of those quick action flicks that get you to unwind at the end of a bone tired day. It’s smart and well thought through I, for one, won’t stop at Book One.

Okay I have to admit, these Incognito thrillers feel like a guilty indulgence. The story continues and the plot thickens as our flawed but likeable main character, Jack, tries to find the thread of facts that will lead him to the truth. Unfortunately, the facts lead him to a secret group of “Super Patriots.” [In today’s political climate, this term made the hair stand up on the back of my neck.]

Adam James ratchets up the tension by placing three enemies together and pulling us into their paranoia until the tension explodes with action. Kudos to the author for not shying away from putting his characters in impossible situations to see how it plays out. Another fun read!

This is a snack-sized, action-packed thriller that leaves you wanting more. There’s no fluff here! From the first page on you get an expertly written chase scene and then introduced to characters who are the bad guys. Until they aren’t. Or are they? Seriously couldn’t tell. It was disorientating to be rooting for the bad guys. Adam James is a master at dialog that brings his characters to life. It was more like a movie running through my head than reading a book. Well done! On to the next one.

A Cast of “Real Characters” Incognito is a thrilling read. It’s full of ‘real characters’, and I mean that in the best way possible. A flavorful cast, who you don’t know whether to befriend or run for the hills. I found myself laughing at their dialogue exchanges and James Bond type-performances. The pace moved along into a surprise end. I’m looking forward to finding out just what happens to this mismatched crew. Definitely a read you don’t want to pass up.

Punchy, raw characters! James does it again! An action-packed book with punchy, raw characters. I enjoyed the first book in the series, and this one held true to the same form. I find myself looking forward to what will happen next, and then, BAM!, someone makes a wrong decision.

The charm of this series is that the characters’ loyalties are always walking a fine line, but they know how to make me laugh while deceiving or joining forces with others. Definitely recommend it.

Adrenalin rush. This story is packed with action as much as the characters are packed with ammunition. It’s a high-speed chase to the end now. Who will win it? The good and the bad guys have been playing ‘catch and release’ with each other. I’m looking forward to finding out who will be caught in the end.

A fast-paced, character driven, and thrilling book. If I could compare this book to a drink, it would have to be a scalding hot double espresso. I was hooked from the first scene of the book to the final scene. Incognito takes the reader from San Francisco to Washington D.C. with a stop in Chicago. Along the way, the reader is delivered a one-two punch from both good and bad guys.

Icògnito introduces the reader to two former military operatives from the Gulf War that find themselves pulled into a money filled duffel bag follow-the-money plot. The author does a great job of character development and I felt connected to the characters as I read this book. One of the most interesting characters of the book [Lamoya “Moy” Jones] only had a slight backstory to her life. I’m really intrigued by this character and I hope to know about her in future espionage thriller books. 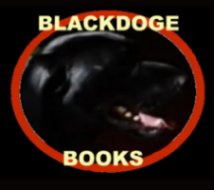